Why is it not a good idea to invest in cryptocurrency? Or is it? 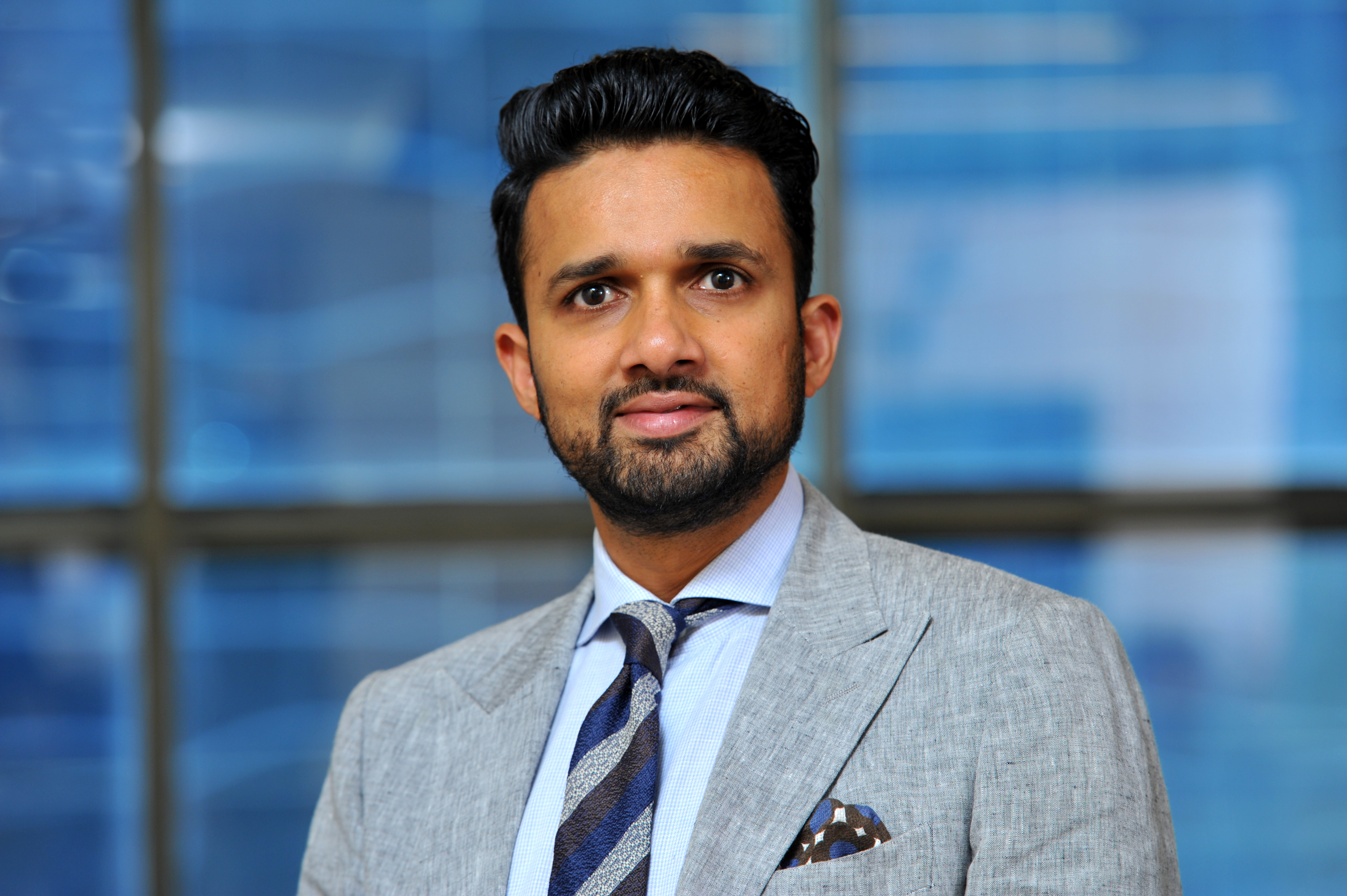 At The Established, we are fascinated by the idea of the future, the potential of the metaverse and the possibilities of decentralised ways of working. After all, we have a team spread out across the country–we are connected through WiFi, meet online daily and speak through the day. But is the idea of a decentralised currency, born of the Internet, even feasible?

Cryptocurrency is a form of value stored on a network of computers that is decentralised and encrypted and increases or decreases in value based on its community of users. While volatile, it is not linked to any government. Instead, it resides on the Blockchain, a ledger whose code can be mined to produce more of that currency. We explored this in a story on the digital rupee versus cryptocurrency earlier this month. But is it a good idea to park your surplus funds into crypto?

We spoke with two experts on the subject: Suril Desai, a lawyer, documentary filmmaker as well a cryptocurrency and Blockchain enthusiast, and Yatin Shah, co-founder and Joint CEO of the wealth business of IIFL Wealth & Asset Management, on the pros and cons of the matter.

I first encountered the idea of cryptocurrency in 2012 and came to the realisation that there’s been no alternative to our traditional banking system for the last 400-500 years. Other than the introduction of credit cards, there has been no systematic change in our traditional financial institutions. With crypto, we finally have an alternative, giving us an opportunity to become a digital economy.

Take for instance, in Afghanistan, where the government is currently unstable, cryptocurrency becomes a great opportunity for its citizens to store their wealth. In Africa, cryptocurrencies have been a game changer. It’s really transformed the ways of trading on the continent where every so often the borders change into a different country. Now traders can resort to crypto exchanges and virtual currencies and don’t have to physically carry cash to banks.

The idea of decentralisation is a very attractive one and I have been determined to represent the crypto community rather than trade myself as it would be a conflict of interest for me as a lawyer. The Reserve Bank of India sees cryptocurrency as a disruptor and as competition. Technology is always going to overpower the traditional institutions, just like our postal services were threatened with the introduction of email. For digital currencies to exist and be successful as an idea, they will need the support of the crypto community. Other than the government of El Salvador– which has declared cryptocurrency as legal tender–all other governments are treating it with skepticism so far.

Traditionally, banking has been controlled by a country’s political system, and crypto is the baby of the Internet world at the moment. Ordinary users aren’t exposed to alternatives. For instance, there are several search engines other than Google and yet we only use Google.

It was the Cyberpunk Movement of the 1960 and 70s–a subgenre of science fiction set in a dystopian future–that envisaged a global currency. The concept of Bitcoin was published in a white paper written by an anonymous figure under the pseudonym Satoshi Nakamoto in 2008. It outlined how Bitcoin would work, and the currency officially launched in January 2009. Several governments might not have been aware of its existence when it initially launched 13 years ago.

If you study crypto, it’s far better to track than hard cash; any digital transaction is traceable. If you look at the argument that terror activities can be paid with easily through cryptocurrency, it’s a weak argument as terror networks have access to the traditional banking systems. Both 9/11 in the United States and 26/11 in Mumbai were funded through traditional banking channels. So this is an unfair accusation.

There are approximately 15,000 different crypto currencies today. The simplest way to start investing would be to open a crypto wallet (which is free) with one of the stable currencies, and begin to invest small amounts of money once your KYC details are completed. Do keep in mind that this is still a volatile market. You need a slightly risk-driven mindset and a conviction in the future of cryptocurrency. But for now, the genie is out of the bottle.

There is no formalised licensing and form of allowing banks or advisers to advise on cryptocurrencies right now, according to SEBI regulations. It’s all DIY in its current form and context. Currently there is a white paper and discussion towards trying to regulate the crypto/ digital assets market from three perspectives.

One–who is governing these exchanges? Secondly, can they be considered as a form of asset? Do you want to give them a form of currency–and hence allow them to settle transactions instead of using cash–or a form of an asset? Today, I cannot even use liquid funds to literally go and pay my purchases. Yet this is what virtual currencies want. Given the current scenario, it is unlikely that we will be allowed to settle transactions for goods and services by using crypto currencies or digital currencies. The third point is the aspect of taxation. What will be the taxation on these currencies? So, these are three things which need to be discussed and debated. In all likelihood, the regulator governing the cryptocurrency part will be SEBI.

I think cryptocurrency as an asset class has been a big moment. But there is a huge divide, and depending on what camp you fall in, we need to try and understand how you derive the value of cryptocurrency. Take, for example, something like Libra, a Facebook project, which was a cryptocurrency with a basket of currencies as well as gold and financial assets. It was intended more as a digital form of payments across the world by bypassing the traditional banking system or the regulators.

Take, for instance, Bitcoin, where you're trying to derive value by doing an activity and creating a shortage. Companies like JP Morgan, and investors like Warren Buffett, will not even touch it. So how do we derive its value? In a way, it's like gold, which doesn't have a cash flow. But if it doesn't have underlying value, then it becomes tough to price an asset. It's easier to price an asset like fixed income, equity or real estate.

We advise our clients to park their funds in a bit of gold, where again, you can't derive the value because there's no cash flow, and nor is there any yield on the asset. Even here, I think it would be conservative because as a part of our asset allocation to our clients, or while managing large portfolios, we don't go beyond five-ten per cent of gold. This is because there is a certain amount of insurance value providing depreciation against your home currency, like the Indian rupee.

"Cryptocurrency was intended more as a digital form of payments across the world by bypassing the traditional banking system or the regulators," Yatin Shah.

Crypto exchanges are private exchanges. They're not regulated, and while we don’t consider unregulated exchanges as illegal, we need regulations so that taxations are clearer, and we are able to further understand whether our clients should opt for a crypto asset or a digital asset.

In order to prevent money laundering, KYC processes need to be put in place, leading to the correction of an asset.

The RBI wants its own digital currency, which means that if I'm able to park my money with the RBI directly, I will not use a bank. I can use this wallet while paying for goods and services. As it becomes peer to peer, it translates into a transfer of money to an individual and not through an intermediary.

We need to see how the role of a bank in terms of handling money will change in the coming decade. It is unlikely that this will happen without the regulator taking the lead, as they will have to consider the flow of money and control the KYC credentials.

In the last three years, crypto has shown an increased correlation with financial markets of equities. Its volatility is higher, as the correlation is higher. Moreover, it doesn't offer any diversification, the sort we have witnessed for the last four years.