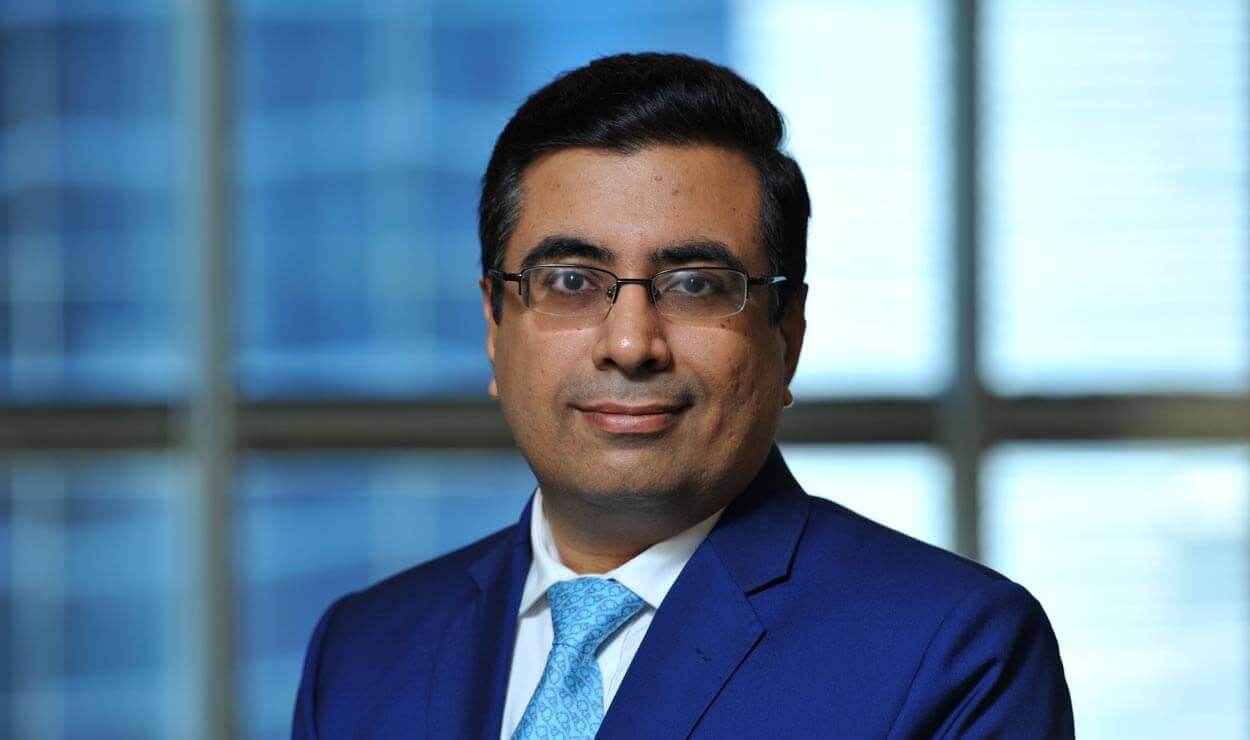 Umang Papneja, featured on the cover page of Outlook Business, joins the country's leading wealth advisors as they share their wisdom at the sixth Outlook Business private wealth annual roundtable, Upper Crest. We bring you excerpts:

Outlook Business (OB): It's a pleasure welcoming you all to the sixth Outlook Business annual private wealth roundtable. What's interesting to note is that in each of the past five years that we have met, the expectation has always been that equity would, on an average, fetch 12% to 15% return. But the fact is that in each year, return was either lumpy or negative. So, this time around, let's just look at the legs on which the market is marching on, and assess which one of those legs are the most vulnerable and which are the ones that can really accelerate and lead the market higher.

Ashish Gumastha, CEO, wealth management, Julius Baer Wealth Advisors (India): Since I represent a global house, let me just share our perspective. Let's see what's happening in the US. Given the tax cuts, massive capital may come into the US market. China this year goes in for an election. Over the past three months, the Chinese authorities have clamped down heavily on pollution and see its impact on metal prices. So, at this point in time, there doesn't seem to be any major risk. Then there is excess liquidity. Even with the Fed tightening, there doesn't seem to be anything radical in the offing. In such a situation and given the possible listing of Saudi Aramco, when oil prices will be at a good level, emerging markets will end up doing better. The situation in India can be compared to a house under construction. When you enter such a house you feel that there is absolute chaos but in the end things will turn out well. GST is major tax reform and will take six months or a year to get fully implemented. I believe, next year, demand should revive and in the following year, capex will bounce back. What will change is the return expectation, and what the market is telling you that it may possibly front-end the return. In short, the rally is likely to continue. The composition of earnings, however, will change. Last three years, earnings came from consumer companies, from farmers, and from technology. Going forward, you will see metal stocks, capital goods and oil marketing companies doing well. So, in my opinion, if you have money to invest you should invest.

OB: So, Ashish, are you positive about the next one year?

Umang Papneja, senior managing partner & CIO, IIFL Investment Managers: We could be in for an earnings surprise over the next two to three quarters. But the one trigger which is driving the market and could change overnight is something that began from November 2016 - the move towards financial assets. We have 20,000 crore coming into equity mutual funds, of which around 5,000 crore is coming from SIPs, 2,500 crore as PF investment and 12,500 crore from HNIs and corporates. Now, you cannot base your investment decision on this liquidity because it can stop if the market suddenly tanks 5-10%. There is a sense of complacency sinking in that the flows will continue and this overconfidence on the Street gives me a creepy feeling. Consensus taking over is something to worry about.

OB: What is the nature of this liquidity and will it sustain?

OB: Is it structural or cyclical, as the market is doing well?

Hansraj: Last month, MF inflows were almost 20,000 crore, which is close to $3.5 billion. That's staggering because what you saw whole of last year is less or just about equal to this number. Where is it coming from? As I said that 6% pre-tax on deposits is equal to sub-4% post-tax, and 4% is the inflation number. This means that, effectively, keeping money in a deposit today is just about beating inflation or equalling inflation. So, there is money moving out. Real estate hasn't made money for the past four-five years, so there is money moving out from this asset class as well.

Papneja: The point that I was trying to make earlier is that a chunk of the 20,000 crore inflow that we have seen, assuming that's the average per month, could see a pause in the event of a sentiment change. We are seeing that behaviour among the HNIs who are comfortable coming back [even if stock prices rise] 3-4% higher. The complacency, which I said is something to worry about given the multi-year lows of global and Indian VIX indices, also gives you opportunity on the other side. For instance, complacency is giving you an opportunity to buy a three-year put at 5%, you can't get 3-year insurance at 5% - this is unheard of. The low volatility is resulting in lower put option premiums. To protect your portfolio, for example, a three-year put option for 10,000 Nifty series, is available for 500-550.

Papneja: So, what we are saying is that, if there is this kind of complacency, how do you use it your advantage and, in case, this complacency breaks, are we protected or not. So, in essence, we would be buying puts at this point in time along with equity.

OB: Why should this financialisation stay for good because demonetisation was an one-time affair?

Papneja: What we are seeing is that younger people don't want to buy real estate. Demonetisation may have hastened the process but the change is structural. For example, eight years ago, our clients used to be in the age group of 40-50, now they are more in the age bracket of 20 to 30, and 30 to 40. These folks don't want to buy real estate. So, the demographic effect is in play and will continue to influence the financialisation process.

Hansraj: About $60 billion (380,000 crore), which was theoretically in the cupboards of wives, mothers and daughters, has entered the banking system. If that number is right and assuming a money multiplier of six times, we are talking of one third of a trillion. That's a big number and this money is not going back.

OB: Outlook Business had visited six clusters across the country early this year, but we didn't get a sense that the we are growing at 6%. If you are not able to restore or keep up your image in the first three years, it is only natural for the government to push even further to ensure that you have something to show at the end of its term.

Nitin Rao: It's not that the government hasn't done anything. It's just that they have been hit by things beyond their control. For example, commodity prices going up, oil going up, currency depreciation...nobody anticipated all of that. So, the recovery and the benefit of some of those things are still to be seen. Hence, the gloom now. While there is good leadership at the top, the executors are weak. You need strong executors at the second and third rung, which, I think, Modi needs to build up. The next two years will be decisive for him. Hopefully, results should be visible over the next two years.

Papneja: The government is also thinking differently. For example, it was a brilliant idea of cutting excise duty on fuel prices. It doesn't add to inflation and shows a complete out-of-the-box thinking.

OB: Over the next six months, what would be the key things to watch out for?

Papneja: I will keenly watch the fiscal deficit and what the government is trying to do about it. Second, would be the resolution of NPAs and, third, would be earnings growth.

OB: One advice to the investor...

Papneja: Don't get into long term bonds and try to stay at the short end of the curve. Stay invested in equity and don't get out.

OB: Thank you so much for sharing your valuable insights, and wishing all of you a great year ahead.