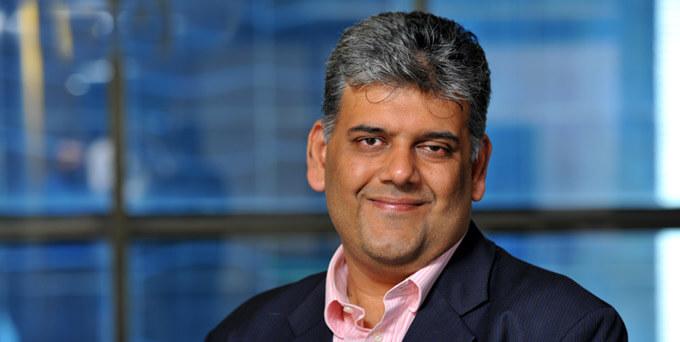 As someone who enjoys playing poker in his spare time, Karan Bhagat is certainly 'all in' when it comes to the wealth management game.

He has clearly taken a calculated approach so far. This has seen Bhagat, who at 40 is the founder, managing director and chief executive officer of IIFL Investment Managers, spearhead the firms growth from a standing start to a business nine years later with USD18 billion in AUM from 230 front-end advisers across 22 locations.

In working with his fellow senior executives to create what is understood to be India's largest wealth management firm, innovation has been a key card that Bhagat and IIFL Investment Managers have played to date.

A case in point is the pre-IPO fund that IIFL Investment Managers' asset management arm launched early this year.

The USD500 million IIFL Special Opportunities Fund has a mandate to predominantly invest before and during the IPOs of private companies. The aim is to give the firm's HNI clients the opportunity to participate in IPOs as anchor investors through the Qualified Institutional Buyers route.

"Could somebody else have done this?" asks Bhagat. "The answer is yes, but it's different... we did it first."

The new fund highlights what IIFL Investment Managers can bring to the table for its clients - and therefore justify the fee it charges them for a unique offering.

"You cant just get up in the morning and decide to innovate today; that's not going to happen," he adds. "It's got to be [part of the] culture."

This also stems from a mind-set of being willing to try new things - and also not being afraid to fail.

For example, when he was only 17, Bhagat, hailing from a 'Marwari' family in India (hailing from the Marwar region in the northern Indian state of Rajasthan and known for business acumen and work ethic), founded a travel agency that didn't go so well.

Unperturbed by the outcome of his maiden venture, Bhagat went on to do a Master's programme in Business Administration, Finance & Strategy at the renowned Indian Institute of Management in Bangalore.

But being his own boss at 17 was infectious. In December 2007, at 28 years old, Bhagat resigned from Kotak to join the office of IIFL (previously India Infoline), to ask the chairman, Nirmal Jain, to back the idea for his own wealth management practice.

Jain bought into the pitch and Bhagat, along with Yatin Shah and Amit Shah, founded IIFL Investment Managers (then known as IIFL Private Wealth Management).

In October 2015, IIFL Investment Managers sold a 21.6% stake in the wealth unit to General Atlantic for INR1.2 billion (USD173 million).

"There has never really been a dull day," reminisces Bhagat, "and as we [develop] different things keep coming along."

Rather than taking a back seat after investment by General Atlantic, however, there was no talk of a sunset stage. "We are far away from that," he says. "It is just the start. The sun is shining on us."

IIFL Investment Managers also has a very clear view on the types of clients it feels it can add most value to; it doesn't want to go below the equivalent of USD3 million in financial assets invested with the firm.

Effectively, this means a client will need to have a total net worth of at least USD5 million to USD10 million across their various providers.

Some exceptions exist, says Bhagat, where, for instance, a client is 40 or under, since this gives the firm a longer timeframe and more of the individual's lifecycle to participate in their wealth accumulation and management.

While this approach to segmentation leaves large under-penetrated groups of India's wealthy - including salaried individuals - it also offers an opportunity for the group's asset management offering to leverage distributors such as commercial banks, including the likes of ICICI Bank, Axis Bank, and HDFC Bank.

But Bhagat also sees a large amount of money moving from non-financial / unsecured forms of savings to financial assets. Plus, a greater number of people are falling within the tax net. In all cases, there are compelling reasons for them to look to save and invest money in a more constructive manner.

Lower fixed income returns might also force some individuals to look at optimum methods of investing, he adds.

Such strong tailwinds in the wealth management business are likely to continue to play out over the next 10 years, he predicts.

This also bodes well for the leadership transition that he and his fellow management team have earmarked for a few years down the line, when they will look to take on a lighter role and hand over the reins.

As part of this next phase of the evolution, IIFL Investment Managers plans to add a large number of new relationships, with a particular emphasis on new-to-bank relationships, to benefit from the tailwinds of growth in the country.

The firm is also realistic about the need to be patient, especially since customers typically don't buy advice on day one. It might take until the 12th month, or even longer, before that happens.

"Our effort in launching new products is to ensure that we get as many new-to-bank clients as possible," explains Bhagat.

"The moment we lose sight of that, it will become a stagnant franchise and we will only be able to add assets from existing families, which is something that happened to a lot of [wealth management] organisations from 2007 to 2012/13."