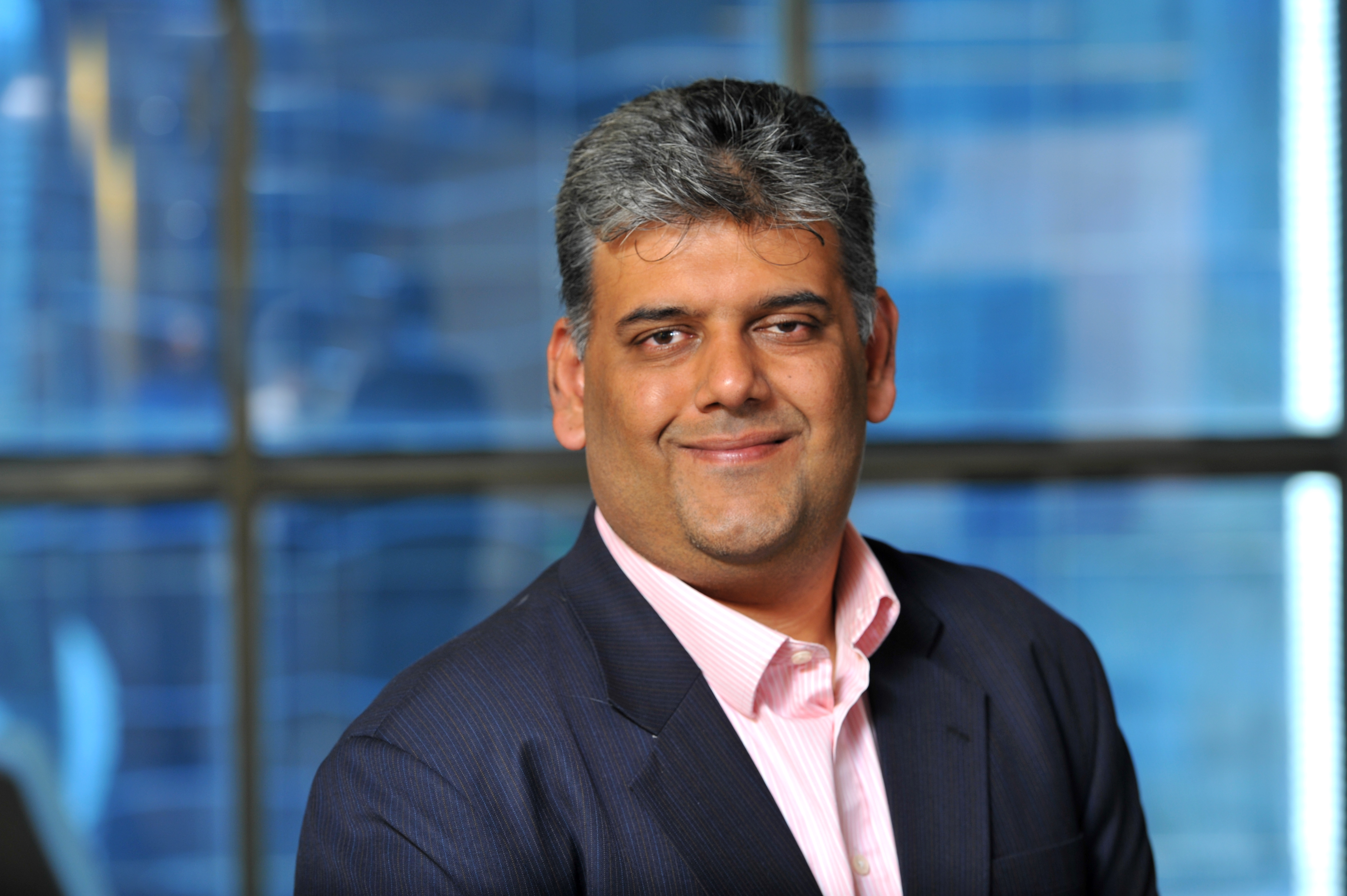 Foreign companies with profitable Indian subsidiaries should be required to necessarily list their Indian companies within a stipulated time-frame. Though India is a large consumer base for large new age companies, Indian investors have not been able to participate as equity holders in the upside of these companies.

In the last six years, the government under Prime Minister Narendra Modi has taken many bold and positive decisions. There have been a slew of initiatives including demonetisation, the Goods and Services Tax (GST) and Insolvency and Bankruptcy Code (IBC). These measures had a revolutionary purpose: To kickstart India’s journey from an informal, state-driven, physical economy to a formal, one-nation market and a digital economy.

Over the medium to long-term, these ideas will play out for sure and get our GDP growth rate back to its historic highs. However, the immediate impact of these changes has disrupted the Indian economy. It has affected the supply of money to small and medium business enterprises. Challenged by the availability of resources, consumption has slowed down and this has had an inevitable impact on job creation. In addition, the IL&FS issue has added to the crisis of confidence. Most NBFCs are being forced to cut credit to consumers even as they grapple with their own asset liability mismatch. Banks, both PSUs and private, are reeling from their own NPA issues from 2013-14 and continue to be extremely conservative, sticking to only high-quality credit. This, in turn, has created a unique dichotomy in the capital markets with the top 30-40 stocks quoting at all-time highs and the rest of the market witnessing multi-year lows. Sectors with high capital needs like real estate, infrastructure and renewables are seeing interim stoppage of work amid a worsening demand environment.

Demand-side issues have consequently led to a fall in direct and indirect tax revenues. The government has rightly continued with its social agenda of empowering the poor with direct subsidy schemes and special compensation to farmers. A tepid capital market has prevented privatisation at a pace the government would have desired. With a shortage in revenues, and expenses being incurred as per plan, the fiscal deficit targets have started to look larger than ever before. Interest rates continue to be high as the RBI has been conservative with rate cuts, aiming to ensure that it stays the course on keeping inflation below the 4 per cent mark. Given this framework, revolutionary steps to cut rates have not been possible. Demand and supply problems are thus keeping GDP growth muted. The first positive step was taken in the form of reducing corporate tax rates, in my opinion, “a bold decision in the right direction”. The finance minister now has a very tight rope to walk on. Here I suggest some measures, which could go a long way to “monetise the Indian consumer again”.

One, simplify individual tax rates further, specially at the lower income slabs. Income up to Rs 5 lakh or even Rs 7.5 lakh should be exempt from taxes. This will put more money in the hands of the urban middle class, which will help get consumption back on track.

Two, post the Global Financial Crisis, America was saddled with a huge amount of home inventory. A provision introduced to get full interest set-off against salary for the purchase of the first house, proved to be a game changer. In India, the rental yield today is as low as 2-2.5 per cent; a tax exemption through HRA allowance makes cost of renting as low as 1.5 per cent to 2 per cent. On the other hand, for purchase of a house, home loan costs are still as high as 8.5 per cent — with a cap of Rs 2 lakh of interest exemption for tax purposes. This translates into at least an annual interest cost of 6.75 per cent to 7 per cent (assuming an average home cost of Rs 1 crore). This anomaly — between renting and purchasing a house — is discouraging new purchases, even for first-time buyers. An exemption of interest only for the purchase of first house will keep speculators away and ensure effective cost of borrowing dips to as low as 5 per cent to 5.5 per cent for genuine home buyers.

Three, startups could be the next big catalyst for the country. Currently, taxation of long-term gains on sale of shares of unlisted companies are effectively at the highest level; being taxed at 20 per cent plus surcharge (indexation benefits tend to be zero as the cost of acquisition is very low). Getting startups at par in terms of tax with listed companies will go a long way in unlocking the potential of the entrepreneurial engine of India. Startups ought to be subject to a long-term capital gain (LTCG) tax of 10 per cent, plus surcharge, plus the applicable securities transaction tax (STT).

Four, the government must free up its resources to fund infrastructure. This can be anti-inflationary as better infrastructure typically leads to downward price revisions of real estate and transportation costs as the distance between cities effectively comes down. To increase its spend on infrastructure, the government could look at the following options. Launch a Global Indian Sovereign Bond in foreign currency and push for its inclusion in at least two of the major indices. These will have great demand from sovereign funds and endowments globally. At 2.5 per cent to 3 per cent per annum in dollar terms, we should be able to generate enough demand. For NRIs, an extra 0.5 per cent can be offered to encourage them to contribute to nation building.

Replace the current Provident Fund (PF) scheme with the National Pension Scheme (NPS). For all PSU enterprises, the government has already initiated the same. All new flows (with the earlier PF being grandfathered) should be allowed into NPS only. Akin to the 401(k) in the US, this will take away the liability imposed on the government treasury to guarantee a rate of 8.5 per cent post tax — effectively a pre-tax of 12 per cent. With low cost ETFs now available both on the fixed income and equity side, this responsibility can easily be shared between NPS holders and investment managers directly.

Relaunch GOI tax free bonds. The tax saving can be shared equally between the government and citizens. For example, a 20-year G-sec bond quoting at 7.16 per cent can be launched as a tax-free bond at 6.25 per cent. This will allow the government to raise a large amount of money for infrastructure domestically.

Accelerate disinvestment and privatisation — examples like IRCTC prove it can be mutually beneficial to government and private enterprises; freeing up this capital allows the government to match its long-term capital requirements for infrastructure.

Simplify rules relating to land acquisition and compensation for building infrastructure like roads; projects like bullet trains must be fast-tracked.

For the Indian investor, few measures can go a long way to help invest more money into capital markets: STT was introduced to offset LTCG; now both co-exist. Ideally, we should have just one of these, as opposed to having both. Foreign companies with profitable Indian subsidiaries should be required to necessarily list their Indian companies within a stipulated time-frame. Though India is a large consumer base for large new age companies, Indian investors have not been able to participate as equity holders in the upside of these companies. Free up the corporate debt market and open it up to foreign portfolio investors (FPIs) without most of the current restrictions as local bond markets are not adequately large and need long-term sticky money.

The impact of all of these measures on the fiscal deficit or on the rupee or interest rates may not be predictable. A slight distortion in the same will be tolerable by the financial markets as long as the road map for the future is clear. A heightened fiscal deficit in the short term may inversely over the longer term, help rates and currency — with adequate pick up in consumption and infrastructure spend. While none of us can predict the future with 100 percent accuracy, I do feel that now is the time to continue on the path of taking bold decisions.

This article first appeared in the print edition on January 28, 2020 under the title ‘Money in consumers’ hands.’ The author works as MD & CEO of IIFL Wealth & Asset Management. Views are personal.