Growing might: How Indian market is strongly weighed by domestic money 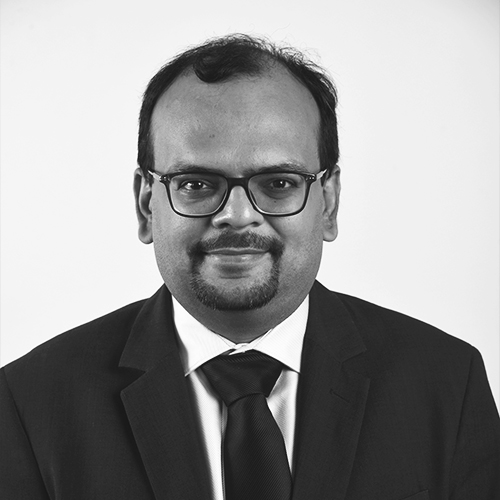 By Nikunj Kedia, Head of Products at 360 ONE Wealth

Given that promoters of companies are strategic long-term investors they usually stay put, barring the odd move to increase their holdings via the creeping acquisition route or seeing their pledged shares being invoked by the lender.

That leaves institutional investors, both domestic and offshore, as well as retail investors and high-net-worth individuals (HNIs) as key determinants of how stocks move and if they move at all.

In the good old days, foreign portfolio investors (FPIs) were the lords of the trading ring. Their trading actions dictated how stocks moved up or down and, indeed, the whole market followed.

So, global events, especially those associated with the US economy, had a direct and strong bearing on the local bourses.

Any major pullback by FPIs, which could be due to various reasons, often interrelated, such as a weakening rupee, taxation policies, concerns about economic growth, the price of crude oil affecting India’s import bill, as also global factors like interest rates in the US and so on, had a strong impact on how Dalal Street behaved.

Over time, this dependence has waned. As recently as March 31, 2015, FPIs accounted for nearly a quarter of the value of shares—23.3 percent to be precise—listed on the National Stock Exchange (NSE).

The last seven-eight years have witnessed a sea change. This is partly due to the reallocation of resources by investors who banked on real estate as a key asset class. Demonetisation announced in November 2016, also had an impact as loads of cash came to the banking system.

At the same time, wealth creation by new as well as old companies attracted millions to the stock market to park their money. Many conservative investors, who would previously solely depend on fixed deposits, saw interest rates dwindle and inflation eating into their money, pushing real interest rates into the negative zone.

Couple it with aggressive marketing by domestic mutual funds, and local investors flocked to put their savings to work in the stock market, directly or indirectly.

This has swung the scales to the side of domestic investors, who now have a counterbalancing effect on the market irrespective of how FPIs behave.

The share of domestic institutional investors (DIIs)—which includes mutual funds, insurance companies, banks, financial institutions and pension funds—along with retail investors and HNIs reached an all-time high of 24.03 percent as on September 30, 2022, from 23.54 percent as on June 30, 2022.

This comes on the back of net inflows from DIIs of ₹17,597 crore during the July-September quarter, as per data collated by PRIME Database Group.

As a result, the difference between FPI and DII holding decreased to its lowest level in the last quarter. The DII holding is now just 22.30 percent lower than FPI holding, sliding from 26.74 percent in the quarter ended June 30.

The share has increased on the back of net inflows by domestic mutual funds of ₹22,193 crore during the quarter.

In value terms, it shot up 20.77 percent sequentially to ₹14.79 trillion, with state-run Life Insurance Corp accounting for over two-thirds of the total.

LIC’s share across 270 companies where its holding is more than 1 percent, the disclosure threshold, however, declined to 3.87 percent as on September 30, 2022.

The share of retail investors or individuals with up to ₹2 lakh shareholding in a company, in companies listed on the NSE declined marginally to 7.33 percent. In value terms, retail holding increased to ₹19.47 trillion from ₹17.59 trillion as of June 30, 2022.

The share of HNIs—or individuals with more than ₹2 lakh shareholding in a company—in companies listed on the NSE declined to 1.90 percent from 2.08 percent.

Over a 13-year period, the government’s share has been steadily declining, from 22.48 percent as on June 30, 2009, due to the divestment programme, not enough new listings as well as relatively poor performance of many state-owned enterprises compared to private peers.

The share of private promoters in companies listed on the NSE increased to 44.61 percent. Over a 13-year period, private promoters’ share has been steadily increasing, from 33.60 percent on June 30, 2009.

With a value of ₹50.52 trillion, or over $600 billion, worth of stocks held by FPIs they are still a force to reckon with.

They remain the largest non-promoter shareholders in the Indian market and their investment decisions still have a huge impact on stock prices and the overall direction of the market. However, their dominance has whittled over time.